The Future Is Renewables, but HeatX Cleans Up Fossil Fuels Now 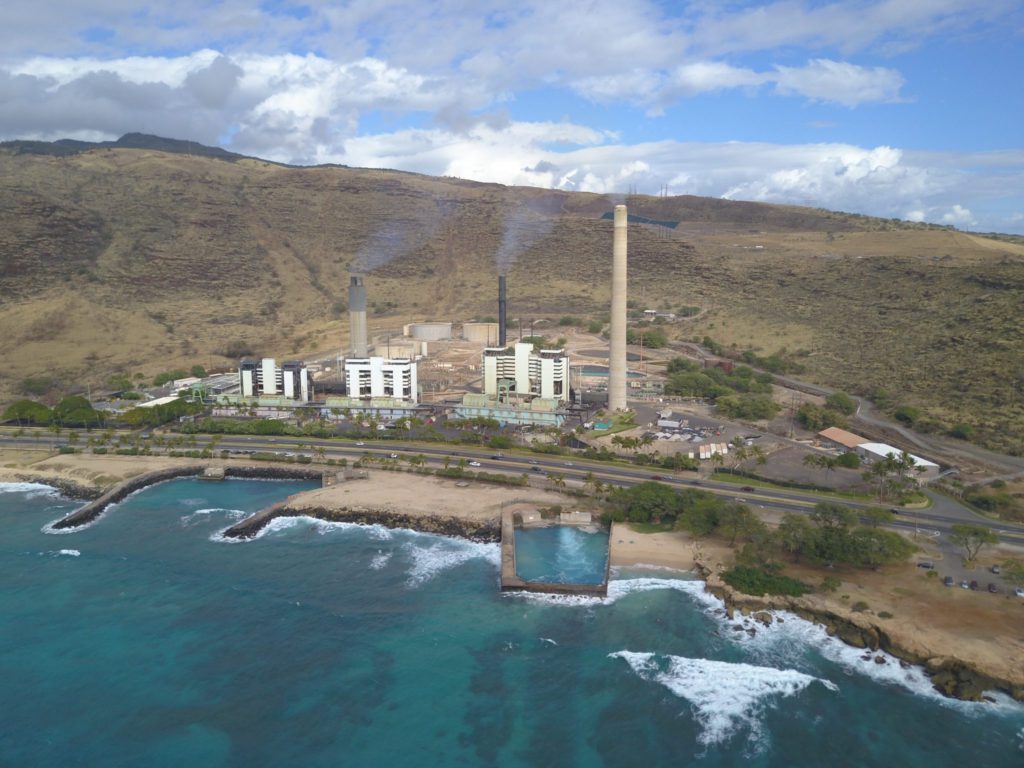 In response to overwhelming evidence connecting human activity and fossil fuels to climate change, much of the world is turning its efforts towards renewable energy. Since 2014, renewable energy sources have accounted for more than 50% of all new power installations worldwide with 181 gigawatts of new power added in 2018 alone, giving renewables an estimated quarter of the total share of global power production capability today.

However, this process is a slow one—not least of all because of cost. Though the price of renewable energy is dropping rapidly, fossil fuel use still makes more economic sense in many places around the world, especially when considering that it costs much less to continue to use an old, fossil fuel-based facility than it does to build a new, renewable power plant. A new solar-based system costs upwards of $2,000 per kilowatt of capability, and new wind facility can range from $1,200-$1,700 per kilowatt. Gas-powered plants, on the other hand, cost under $1,000 per kilowatt.

While scientists agree that a quick shift to renewables is necessary for the long-term health of our planet, it’s not going to happen overnight, even under the most aggressive plans. We will likely be using fossil fuels for a significant portion of our energy generation for years—maybe decades—to come. But that doesn’t mean that emissions from their use cannot be greatly reduced.

On average, the world’s fossil fuel-powered energy supply is produced at around 40% efficiency. That is, of all the coal, oil, and gas burned in power plants, energy extraction sits at only 40% of total potential energy in a fossil fuel. The other 60% of potential energy is lost to heat. Improvements in efficiency would mean that less fuel would need to be burned to achieve the same levels of output, lowering both consumption costs and emissions.

When looking for places to improve on efficiency, coal is perhaps the best place to start. Burning coal is one of the “dirtiest” ways to produce energy and therefore one of the areas with the most room for improvement—globally, coal averages just 34% efficiency. Though new coal-powered plants have efficiency rates above 40%, fewer new coal plants are being built due to the increasing viability of renewables, and instead of creating new technologies to improve a few future coal plants, attention should be on improving the 6,700 coal-powered energy plants currently in use.

In a typical coal-powered steam turbine power plant, high-pressure, high-temperature steam moves around the turbine in order to produce power. Once the steam is out of usable energy and exits the turbine, it moves through the condenser where it’s converted back into liquid to be pumped into the feedwater heaters and boiler so that it can be re-heated and re-pressurized to be used again. It’s here in the condenser where we get nearly half of the 66% efficiency loss that coal-powered plants suffer from.

A condenser’s performance is largely dependent on how efficiently heat is transferred from the steam to the cold water tubes that run through it—that is, how quickly the cold tubes are able to cool down the steam and condense it back into liquid. However, in a typical condenser, when steam comes into contact with the metal tubes, a film of condensation forms and adheres to them. This layer then acts as an insulator and prevents direct contact between the cold metal and the steam within the condenser, limiting heat transfer and lowering efficiency.

One way to improve efficiency at this step is by coating the exterior of the condenser tubes with a hydrophobic material that forces the condensing water to form into droplets that will quickly roll off rather than adhere to the tube as a film or sheet. This improves efficiency two-fold by both increasing the rate of condensation and by increasing the available tube surface area for heat transfer. In lab conditions, heat transfer is up to 100 times improved when water forms into droplets rather than a film.

Another issue that condensers tend to have is with fouling, or the buildup of deposits like scale and biological organisms, that acts as an insulating layer on the inside of the tube, further inhibiting heat transfer. Fouling alone can reduce heat transfer efficiency by 2-10% and raise fuel consumption by 3-10%. To try to deal with this, many plants clean the interior of their condenser tubes as frequently as every week, which requires a significant amount of downtime and places an operational constraint on the power plant.

While these two problems might seem unrelated, they’re both essentially issues of adhesion and can be solved by making it harder for things to stick to the cooling tubes. HeatX aims to answer that. 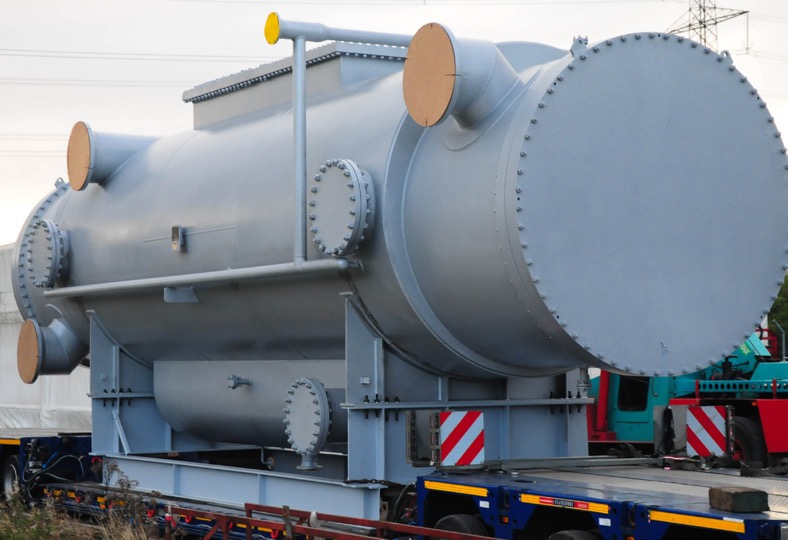 HeatX is an ultrathin, hydrophobic surface treatment that can be applied to the inside and outside of condenser tubes to address both fouling and condensation film. HeatX is easy to apply, has a long service life, and has a minimal insulating effect. Its final applied thickness is just 1.0 mil, or one-one thousandth of an inch (for reference, a credit card is about 30 mil thick). It can be applied in-situ on older machines and parts and requires just 12 hours of downtime for upwards of five years of continuous use.

The way HeatX works is largely due to physics on the nanoparticle scale. It’s formulated with breakthrough nanotechnology in such a way that water droplets form on treated surfaces at a contact angle of 105°-110° (without HeatX, the contact angle is generally <10° for water on metal surfaces), which causes droplets with greater than a 1 mm radius to simply roll off due to gravity. This specific contact angle also allows for maximal contact between the coating and the droplet, which increases effective heat transfer. Given its improvements on both droplet formation and heat transfer, HeatX applied to the outside of the cooling tubes could directly lead to efficiency gains of up to 5%.

When it comes to fouling, HeatX dramatically reduces the rate at which organic material adheres to and grows on tubes. In a study conducted with a powerplant in Hawai’i, Oceanit applied HeatX to seawater-fed exchangers, which are typically susceptible to biofouling accumulation and epoxy erosion from sand particles. By applying HeatX to protect key areas, the effective lifetime of the exchanger increased from six months between cleanings to 36 months, and the underlying epoxy had no visible biofouling attachment and could be cleaned with gentle wiping alone. So not only does HeatX have the ability to increase efficiency by 2-10% by preventing fouling, but it could also dramatically cut down on labor costs and planned downtime.

Together, if applied on a global scale, these efficiency gains of 7-15% could translate directly to a reduction of 1.45 billion metric tonnes or more of CO2 emissions per year. That’s the equivalent of taking 308 million cars off the road, decommissioning 372 coal plants, or the annual carbon sequestering ability of 1.7 billion acres of forest.

Where HeatX really shines, however, is in its adoptability. Not only is it effective, but it’s a great return on investment—even for older plants or those facing shut down within a couple of years. Given its low cost and minimal required downtime, HeatX has an extremely short return period of around six months. That is, the cost required to apply HeatX on condensers will be made up for in efficiency savings within six months, after which the improvements in efficiency will directly represent a reduction in fuel consumption and costs for the plant.

And this is why HeatX can actually work. As easy as it is to point fingers, fossil fuel companies aren’t in a race to cause the most pollution—they just want to be cost-competitive. So if we can provide a solution that’s cheap, lowers energy costs, and reduces emissions, it’s definitely worth a shot.

At this point, it’s common knowledge that we need to reduce our emissions to have a fighting chance at preventing catastrophic warming, but systemic change takes time. While HeatX is no silver bullet, it does offer us a chance to quickly and significantly reduce emissions. And maybe that’ll buy us more time to implement larger-scale solutions. 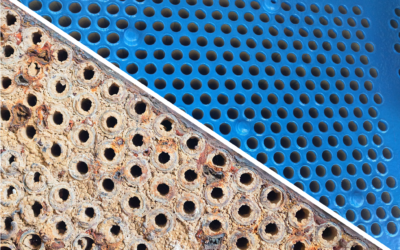