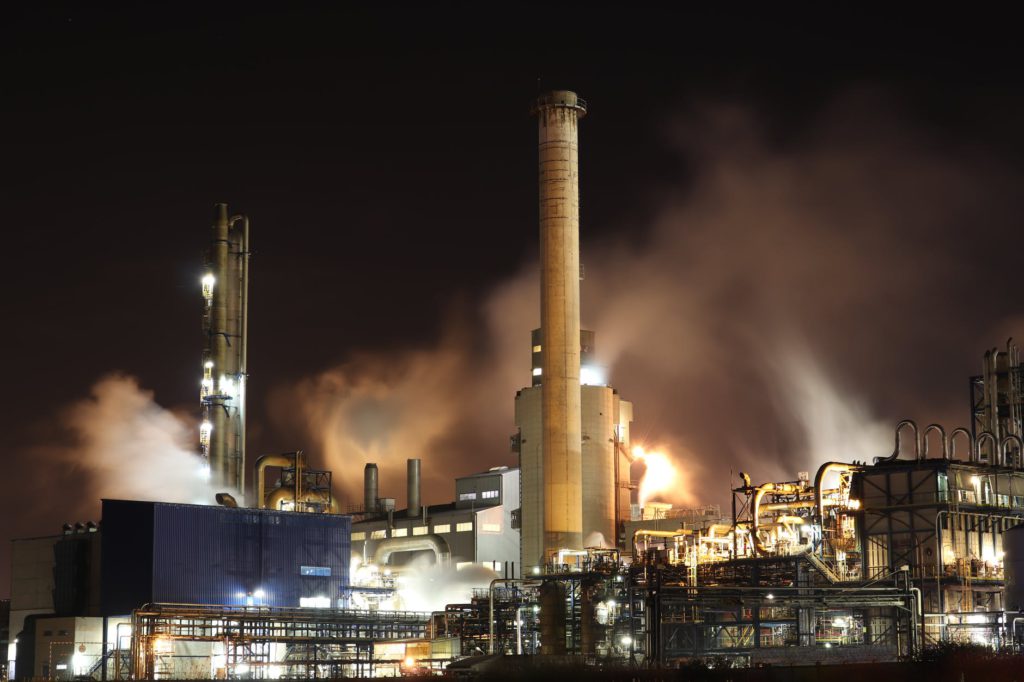 HeatX was applied at a co-generation desalination power plant capable of generating over 200 million gallons of fresh water per day, and in excess of 1000 MW. Three parallel generation units were deployed at this facility, with each turbine relying on a 1-pass dump condenser unit to regulate excess low-pressure, high-temperature steam via seawater cooling. The dump condenser acts as a buffer to maintain adequate backpressure during system startup, and a regulator for any disturbances in the steam header.

One specific condenser unit demonstrated a significant performance deficit, owing to the buildup of scale and brine, as well as being highly prone to tube failures due to pitting corrosion. Unlike its two titanium alloy sister units, this condenser unit was formed from 70-30 cupronickel material; while being significantly less expensive and with a 50% greater heat transfer coefficient, it was rarely able to function at its maximum load. Many tube leaks had occurred within the target unit due to pit formation and tube wall weakening; this type of failure has the compounding effect of being difficult to assess quickly by visual inspection (instead requiring time-and-labor intensive leak testing of each individual tube), and being particularly expensive to repair after leaks occur.

Corrosion damage was so severe and widespread that multitudes of tubes needed to be plugged at any given time. At the time of application, almost 10% of the tubes had been plugged, and the condenser was significantly underperforming due to a lack of heat transfer surfaces, and the buildup of debris and fouling on the interior of the remaining tubes. In an attempt to find a more cost effective and preventative refurbishment strategy than re-tubing the entirety of the condenser, HeatX was selected, owing to its quick application time, its compatibility with both structural coatings and bare metal substrates, and its corrosion and fouling resistant properties.

As seen in Figure 1, HeatX was applied to the interior tube surfaces of the condenser, as well as on the tube sheet surfaces. Application consisted of fully cleaning and drying internal surfaces of any remaining moisture, and then grit blasting to prepare and smooth out any established corrosion pitting. These pits were minimally filled with a very thin layer of structural epoxy to ensure mechanical strength, and then the HeatX nanocomposite coating was applied as the final coating layer, seen in Figure 2. Final applied thickness of HeatX in this trial was just 0.5mil, in order to minimize any insulating behavior occurring on the heat transfer surfaces. After coating completion, HeatX was quality control checked for proper adhesion and coverage by a NACE 3 trained coating inspector on site, and given approval to return to service. Overall, from start to finish, the full cleaning, application, and inspection of the exchanger took 14 days. In comparison, re-tubing and repair of all the currently plugged tubes and those deemed at risk of further deterioration was estimated to require downtime of 45 days.

After application of HeatX, the condenser unit was then put back into full service for a period of 6 months, and its performance was monitored and compared to the two titanium, untreated units servicing other generation units. With roughly 10% less heat transfer area due to blocked tubes, the selected copper nickel condenser unit performed at a 5% deficit when compared to equivalent titanium units with no blockage or fouling issues. After application of HeatX to the condenser, total heat absorption increased by roughly 2.9%, significantly narrowing the gap in performance despite not replacing any of the existing blocked tubes, as can be seen in Figure 3.

The system owner’s judgement after the conclusion of the study period was that application of HeatX had significantly increased the reliability and thermal capabilities of the copper-nickel unit such that the performance was equivalent to and consistent with the titanium alloy units. Furthermore, while it would be expected that the performance of the condenser would decline over time due to corrosion formation, fouling which reduces cooling water flow rate, and eventual leaks, instead the HeatX treatment showed no signs of degradation, and no tube leaks or additional plugs were deemed to be necessary at the conclusion of the trial.

Further work is now being discussed which could involve either application of HeatX to a new exchanger (prior to installation) in order to address corrosion and fouling, as well as potentially re-tubing an existing exchanger and applying HeatX at the same time. Such a strategy would project to improve new condenser performance by as much as 7%. Additionally, determining the mechanism for improved heat transfer within the HeatX treated system may be accomplished with application to other condenser and chiller systems with more consistent loading, and better control over cooling water flow. It is hypothesized that improved flow characteristics over the HeatX surface may contribute to greater effective heat transfer, enabling reduced frictional losses and a greater mass flow rate on the tube side of the exchanger.

• Lowered operating temperature within condenser by 10°C below design.

• 30 days of downtime saved in a single year versus existing method of cleaning/retubing.

• Allowed for increased power generation and desalination output on existing system with no major changes in process flow.

• Saved estimated $1M in annual costs due to avoidance of downtime and required retubing.